You are here: Home » About Yogan

“What brought you here?”

That is a question Yogan Baum was asked hundreds of times over the years. “Well”, he used to say, “the train, mainly”. Which is not untrue. After a weeklong ride on the famed Moscow Peking Express of 1984 Yogan rolled through China some more, went up in the air for the second time in his life, reached Hong Kong and took to the air again. He saw Philippine palm trees out of an oval window and there he was in Japan. The immigration officer looked into his wallet, then at his naivity, in despair and stamped his passport: “Welcome to Japan!”

The friendly Narita information girl, “moshi moshi”, charmed Yogan and the green scented tatami in his hotel room made him feel at home instantly. He had arrived.

What made Yogan leave his own country, then?

Was it a love of travelling? When he was a child he spent many happy hours exploring maps. He loved the deep brown highlands of South America and, before all else, Tibet. Not Japan. Later on India was his dream destination – something made him veer off course and so he did not reach Bombay but Iwaki, Japan, instead. Was it Tony Scott and Hozan Yamamoto’s “Music for Zen Meditation and Other Joys” that hooked him? The magic of the Shakuhachi he could not resist. It conjured up pictures of a rural hillside in autumn, of wind rustling in leaves and mist rising from the valley. Yogan felt at peace. He felt at ease in the eerily spine chilling strains of these strange sounds.

Did he find that hillside, then? That peace? As for that hillside, Yogan hasn´t found it yet. Could it be his present state of being in limbo, between loss and hope, will lead him towards the light he once had a glimpse of, in a lost world far, far west of here?

Not a hillside in autumn – a family was what he found in Japan! A wife. Children. A whole, new, unexpected, wonderful life! Yogan worked hard and learned to be a husband and a father. Their life in the small fishing port of Yotsukura, Iwaki City, was as happy as could be. People were good to them, and they tried their best to be responsible. All foreigners are outsiders, yes, but being on the outside of things has its advantages, too. Opening his soul to the near vastness of the Pacific Ocean and the night stars high above gave him space to breathe: there was nothing much he missed.

Get Your FREE ebook Copy of Ground Zero 01: Earthquake here …
( → You will be forwarded to smashwords.com)

Life changed dramatically on and after March 11, 2011

They were spared in many ways: the megaquake did not break them, the killer tsunami stopped short of their street, and the triple meltdown of the ruined Dai-ichi nuclear power plant 20 miles north of here miraculously came to a halt somewhere below the crippled plant. Thanks, mainly, to the courage of a man called Kan. Where and in what state it is, and how to deal with it, is absolutely unresolved. It is the black heart of Fukushima.

Life changed all the more as it went on as if nothing had happened. This, the second catastrophe, is the real one, Yogan now thinks. Japan was spared and squandered its chance to rise out of the ashes. The old guard was too strong. Japan suffers and there is no end in sight. It could have contributed to a better world. It didn’t. Fukushima’s tears could have watered the seeds of a better future. Japan was not allowed to. This is bitter.

Yogan tells the sad story of defeat as it unfolds in one man’s, one family’s struggle. He tells it to honor those who suffer in silence. The old. The children. The uninformed. The victims.

He does not claim to be uninvolved in his report on life twenty miles from ground zero. “Ground Zero” it is, how ever often one will hear that “it was just an accident”. That is a lie nobody should accept. Yogan does claim to be completely honest in showing, how human hubris, as exemplified in the recently exploded dream of “unlimited energy, for free!”, blighted all existence so close to the shore.

Life is precious. It is fragile. We have to treasure it if we want to survive. “Life is an ocean”, a song says, “but it ends”, too. We are stewards, not kings. 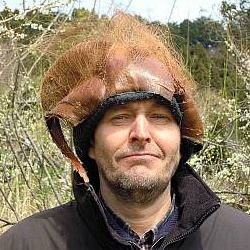 Get Your FREE Book Copy

Get Your FREE Book Copy

Ever heard of Tsukemono? ⁣ ⁣ Those are Japanes

One route of spectacular beauty here in northeaste

The local wisdom was, “There are no big earthqua

Another photo posted by by @mizai_sho symbolizing

One of my favorite Japanese writers is Yukio Mishi

Fortunately these days it's not as hot as in recen

Hi there, ⁣ ⁣ glad to let you know that I've f

I recently learned I need more time to finalize my

As a language instructor I was very busy in the la

Recently I found this heartbreaking story about th

In Japan alone there are more than one hundred act

One sad thing about volcanoes is their attraction

I have to admit to some personal involvement in th

Hi there, ⁣⁣ ⁣⁣ hope you're all doing fine

The Voice of FUKUSHIMA is the chronicle of a man-m

Big fish eat little fish, yes, but this one little

It is now more than nine years after March 11, and

What motivated me to become an author and writing

"The personal story kept me reading, more than could a worthy text on the “hubris” of atomic power ..."
Read more ...

"Your book sounds riveting. All the best with it. rlc" Read more ...

Richard Lloyd Cederberg
Author of Between the Cracks

Thank you to Iconfinder.com and Laura Reen for contributing these free icons related to hygiene and awareness about the coronavirus spread.